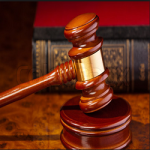 Looking for jobs in Karimnagar District then this job notification for you, Karimnagar District and session judge has issued the advertisement for the 89 posts of TYPIST, COPYIST, STENOGRAPHER GRADE-III, FILED ASSISTANT, JUNIOR ASSISTANT AND EXAMINER through direct recruitment.

The application should send in prescribed format under following address; THE PRINCIPAL DISTRICT & SESSIONS JUDGE, KARIMNAGAR.

Final Selection: Selection will made through written test, skill test and interview.

Examination Fees:Rs.200 for general and OBC category and no fees for others. Fees should pay through Demand draft in favour of the Principal District Judge, Karimnagar.

Education qualification: passed the Intermediate examination and should knowledge of computer knowledge.

Here the pay scale for the Typist, Junior Assistant, Stenographer Grade-III, Copyist, Field Assistant and Examiner as under;
General information to apply

Syllabus for the written examination

Written test exam date to be announced for the Karimnagar District for the 89 posts. To know the exam pattern for the one of the following posts of Typist, Junior Assistant, Stenographer Grade-III, Copyist, Field Assistant and Examiner, carefully read the notification.

Hall ticket also send along with the application form. The hall ticket will send at their address or download from the website www.ecourts.gov.in.